Growing cyclical concerns and the slowing pace of policy hikes at some central banks – including the Bank of Canada and the Reserve Bank of Australia - reignited the ‘policy pivot’ narrative in October. Turbulence within UK markets faded - gilts and sterling rebounded over the month – following the emergency interventions of the Bank of England and the return to more stable politics. The US corporate earnings season has been positive so far, despite disappointing results from tech heavyweights, including Alphabet, Amazon and Meta. In commodity markets, Brent Crude rose to USD 95 per barrel, supported by the OPEC decision to cut its output. Natural gas prices in Europe continued to fall.

The US economy grew at 0.7% (non-annualised) in the third quarter, rebounding from a contraction in the first half of the year. While net trade and non-residential investment grew significantly, residential investment sank for the sixth quarter in the face of soaring mortgage rates. Latest economic data have been mixed: personal spending increased 0.6% mom in September, but the S&P Composite PMI declined to 47.3 and the ISM Manufacturing PMI fell modestly to 50.2 (from 50.9 previously), pointing to slowing in fourth quarter activity. Headline inflation slowed to 8.2% (y/y) in September (from 8.3% in August), but the core inflation rate accelerated to 6.6%. In politics, the Democrats polling momentum seems to have faded, with a Republican ‘clean sweep’ appearing increasingly likely in the upcoming midterm elections.

The Euro Area economy expanded 0.2% in Q3 2022 (2.1% y/y), ahead of expectations. Timelier activity measures, including the Eurozone Manufacturing PMI fell to 46.6 – the fourth consecutive month in which the indicator signalled a contraction in activity. Meanwhile, the annual inflation rate in the Euro Area jumped to 10.7% in October, a fresh high for the bloc – though a divergence at the country level has emerged. The ECB raised its deposit rate by 75pbs to 1.5% in October and Lagarde signalled that the tightening cycle would be contingent on inflation returning to the 2% target over the medium-term. In Italy, Georgia Meloni was appointed prime minister of a right-wing government. In the UK, Conservative Party MPs elected Rishi Sunak as prime minster following the embarrassing reversal of September’s mini budget and the departure of Liz Truss.

Chinese equities retreated last month amid growing concerns over China’s increasingly autocratic leadership; sentiment was also fragile in face ongoing virus-related disruptions, particularly after Beijing reiterated its commitment to ‘zero covid’. Economic output recovered in the third quarter (+3.9% q/q, SA) following its Q2 contraction. The latest Caixin Manufacturing PMI rose to 49.2 but remained in contraction territory. In Japan, the BoJ kept its interest at -0,1%, while the inflation rate remained at 3.0% (y/y) in September. The BoJ has been conducting yen-buying interventions since September to prevent a sharp slide of the yen against the US dollar. 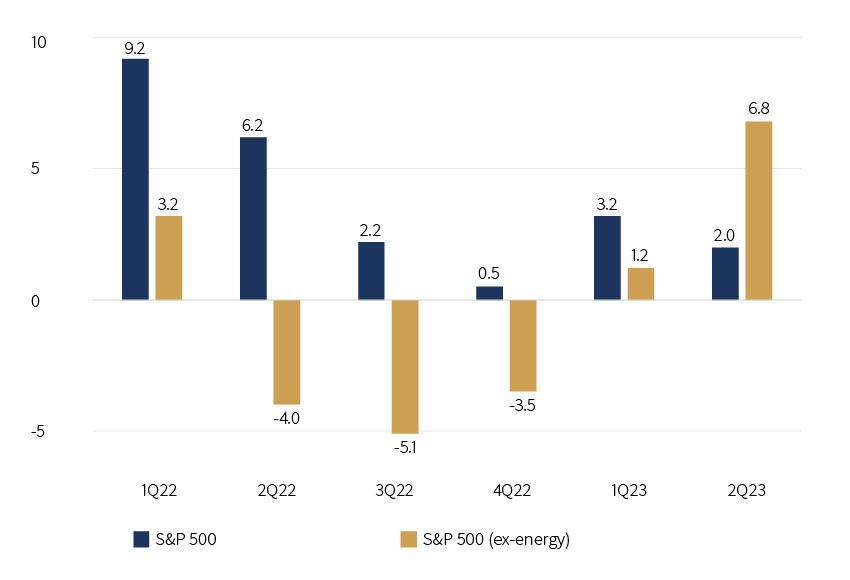