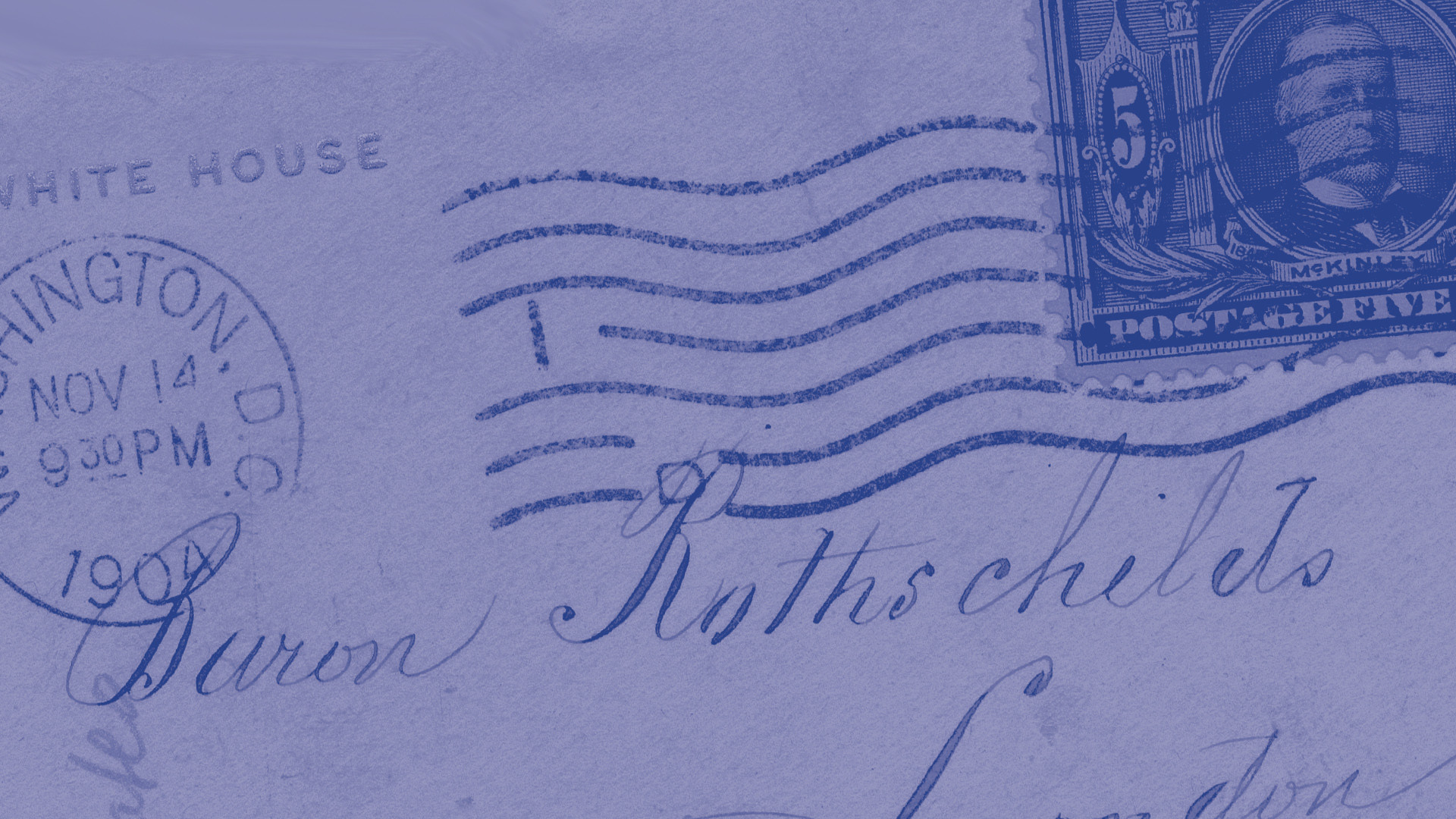 Notes from a Big Country

A view from the US

On the 3rd November the world’s largest economy goes to the polls to elect the next President of the United States and in turn its government. As investors, we remain neutral on matters of politics and our interest in such affairs is narrow – specifically that of policy and its potential effect on the companies we hold in portfolios. Much has been written on the current US Administration but sitting far away, it is all too easy as wealth managers to become detached from sentiment on the ground.

With the clock counting down to voting day, we decided to interview a Washington D.C-based policy consultant who has worked for both Republican and Democrat parties as well as a New York-based fintech founder to capture some of the latest sentiment on the ground. The following interview is an edited transcript of the full conversation. For our in-house strategy analysis, please contact your client adviser.

Q1. What should we as outsiders be aware of when it comes to the upcoming US election?

We need to remember that this US election is atypical in that the nation is managing its biggest health crisis since the 1918 Spanish Flu. Although the situation is gradually coming under control, voter turnout may be affected by social-distancing rules, specifically amongst more elderly or vulnerable demographics. More voters may adopt mail (postal) votes, although it's worth waiting and seeing whether media speculation on this point is valid.

What we know is that for many countries, postal voting poses specific logistical challenges. In the US, the topic has become highly politicised. Regardless of your views, a large mail-in vote is likely to lead to logistical delays in declaring a result on election night. It may also lead to a larger number of votes being cast earlier than in previous elections (think mid-October). Both Republicans and Democrats in the past have launched legal challenges where postal voting was sizeable and this pattern may well be amplified at this election across the different states.

If we look back at previous elections (i.e. Al Gore vs Bush Junior in 2000), markets dislike uncertainty when it comes to delayed or contested election results. Given how polarised the electorate is in 2020, it's difficult to see how either side would just accept a close result. For now the polls remain open, so it's worth watching this topic closely.

Q2. And looking at this from afar, what should we remember with regards to the significance of the result?

Something often overlooked is that as much as the rhetoric can dominate the headlines, the US Executive cannot make radical changes to legislature without its party winning a clean sweep on election night in both the Senate and House of Representatives. If neither party looks like it will make a clean sweep of Congress, a degree of legislative gridlock at Capitol Hill would not be unusual. Compromise by Congress in a split election result is something markets are more than comfortable to live with. This has been an ongoing pattern since the Reagan years and one only has to look at how markets have performed over that period to see that the issue of gridlock can be overdone.

Q3. Looking at the topic of trade, would a clean Democrat or Republican win change current policy?

As many have written about, the age of the Washington Consensus which favoured open trade with China and other key partners - is fading. However, a complete decoupling with China - as read in the media - is unlikely. What we are witnessing is a natural tussle between the World's two largest economies and this is a slow-moving issue. On the topic of protectionism more generally, neither Republicans nor Democrats can afford to go soft on the issue with voters for now. Don't expect a Biden win in November to mean a complete return to multilateralism. Yes, we may see a more enthusiastic approach to trade agreements such as the Trans-Pacific Partnership (which the US may well re-join if there is a Biden victory) but appearing "tough" on China will be a necessity on the campaign trail for both parties. At the end of the day the parties must win the hearts and minds of key voters in swing states – especially in the Mid-West and Florida, not the popular vote.

Q4. And what about the digital fight for hearts and minds?

The Obama campaign captured many voters for the first time through targeted digital advertising on social media. Trump's marketing campaign despite having half the budget of Hilary Clinton's, was highly effective in its online social media strategy in key swing states such as Florida. With traditional marketing impacted by the Covid-19 crisis, we expect 2020 to be a digital-first election where the political battleground will be held online. The two main parties will no-doubt be joined online by 3rd country activists – and there will be increased scrutiny of any activity by outside influencers.

Q5. Looking at regulatory oversight of Big Tech and Financial sectors, what are the trends emerging during this election?

Being "tough on banks" used to make headlines during elections but with the emphasis in this election switching towards the need for financing to support America's small and medium sized enterprises, expect to hear less on this subject than in 2016 and 2012. The current Republican administration has taken aim at some of the more restrictive aspects of the 2010 Dodd-Frank Act which sought to reform and regulate financial services in the wake of the 2008 Great Financial Crisis. Yet, neither party is proposing a wholesale removal or rethink of these policies for now.

When looking at the role the "Big 5"1 are playing in the US economy, any US administration will have to ask itself, is Big Tech creating more jobs in the US than it is destroying? In the current climate it is highly unlikely that any of these companies will be forcibly broken up given the fragile nature of the US jobs market and the pivotal role they are playing in US jobs creation. There will nevertheless be a considerable amount of headlines when it comes to policies looking to regulate Big Tech's market dominance. One area where there may be real change is in data privacy laws – this is an area which appointed Democrat Vice President, Kamala Harris has spoken openly about and the topic is already featuring on the campaign trail.

Q6. And turning to healthcare, in the year of a pandemic, will we see any major changes from this election?

The creation of a single-pay system (national health service) has come back into focus as the country battles the Covid-19 pandemic. In effect, we have started to see elements of the concept deployed in the nationwide free testing campaign which is underway to fight Covid-19. It's unlikely however that the US will abandon its current private insurance / Medicare model. Even if we look at a clean Democrat sweep of Congress in the November 2020 election, Joe Biden and Kamala Harris are not standing on a universal healthcare platform. When it comes to the Pharma industry and drug pricing, here the policy lines are more blurred. The Republicans recently have taken a more combative approach on drug pricing than historically adopted by the party but the industry is also important at this delicate stage for fighting the Covid-19 pandemic. Ultimately, markets care more that there is a coordinated and competent approach to tackling the pandemic at a Federal and State level. How this is achieved, in terms of healthcare reforms - will be of secondary importance.

Q7. Finally, we are always on the look-out for black-swan moments which can take markets by surprise. Are there any we should watch for this election?

Sudden break-through political victories - be they optical or real - have and can take markets and voters by surprise. The signing of the Phase 1 trade-deal with China last December appears to have been just such a moment and led to a strong and otherwise unexpected market rally. In the current environment, expect to hear more on a potential break-through in tackling Covid-19, be it cure or treatment, in the run-up to the November 2020 elections. This is now even more likely in the light of recent statements at the Republican National Convention. This could sway some core voters back to the Republican party who were dissatisfied with the initial handling of the crisis. Given the fluid nature of the health-crisis, we cannot discount a vaccine break-through from altering the current opinion polls. What's important to remember however is that - whatever your political views – a vaccine break-through is likely to lift, not dampen, market sentiment.

Past performance is not a guide to future performance and nothing in this post constitutes advice. Although the information and data herein are obtained from sources believed to be reliable, no representation or warranty, expressed or implied, is or will be made and, save in the case of fraud, no responsibility or liability is or will be accepted by Rothschild & Co Wealth Management UK Limited or Rothschild & Co Bank AG as to or in relation to the fairness, accuracy or completeness of this document or the information forming the basis of this document or for any reliance placed on this document by any person whatsoever. In particular, no representation or warranty is given as to the achievement or reasonableness of any future projections, targets, estimates or forecasts contained in this document. Furthermore, all opinions and data used in this document are subject to change without prior notice.