Driven by the spread of Covid-19 outside Asia, February proved a difficult month for global equities (-7.6% in local currency) whilst safe haven assets extended their gains, with longer-dated US bond yields recording all-time lows.

Global equities fell sharply toward month-end in what was the worst week for the asset class since the peak of the GFC in 2008. To date, the WHO has raised its risk assessment to “very high” but refrained from labelling the situation a pandemic. Illustrating risk-off sentiment, Gold prices touched a seven-year high ($1,688 per ounce) during the month, but then saw its biggest one-day decline in several years in the last trading day of the month on the potential for interest rate cuts by the US Fed. Oil, meanwhile, continued its year-to-date slump (-10.8% in February) on fears of a global economic slowdown.

Having left rates unchanged in January, Fed Chair Powell pledged to “act as appropriate” to support the economy as the Federal Reserve announced an emergency rate cut of 50 bps in the second trading day in March, citing risks to the outlook from the virus outbreak. Having signalled changes to its policy, along with virus fears, led to a rally in US treasuries and pushed yields on longer-dated bonds to record lows. In economic news, retail sales - which accounts for roughly two-fifths of consumer spending, and almost one-third of GDP - increased 0.3% month-over-month in January, lifted by auto purchases which rebounded after falling in December. Meanwhile manufacturing activity slowed in February, with the ISM PMI at 50.1, as new orders contracted. President Trump was unsurprisingly acquitted of both impeachment charges by the US Senate where a two-thirds majority vote would have been needed to remove him.

Fears of an accelerating outbreak of Covid-19 in Europe - with Italy being particularly affected - led the Eurostoxx 50 equity index lower by 8.4% in the month as investors abandoned risky assets. Prior to Covid-19, however, the economic picture appeared to be stabilizing in the bloc, though the manufacturing PMI at 49.2 in February remained in contraction territory1. Germany - the biggest economy in Europe - saw an improvement in factory activity with the manufacturing PMI above forecast at 48, while the closely-followed Ifo survey saw an improvement in wider business morale in February. The Ifo institute warned, however, that the survey might not fully reflect the potential economic fallout from the spread of Covid-19.

In a widely expected effort to counteract the disruption associated with the Covid-19 outbreak, China's central bank cut some of its benchmark lending rates, making financing available at lower cost to businesses. Investors are anticipating further stimulus from Beijing after February PMI data slowed to an all-time low at 35.7, as manufacturers and workers are only slowly returning to business after an extended lunar new year. In Japan, the economy is nearing a recession even before Covid-19 reached the country. The economy shrank by 1.6% in Q4, its fastest pace in 6 years, partly impacted by an increase in sales tax from 8 to 10%. 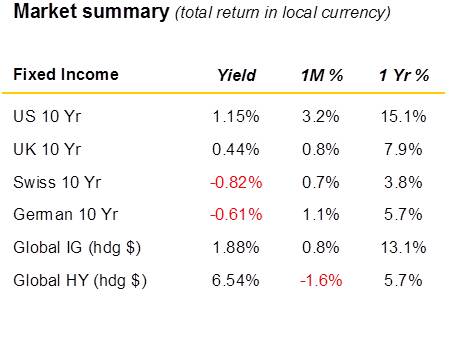 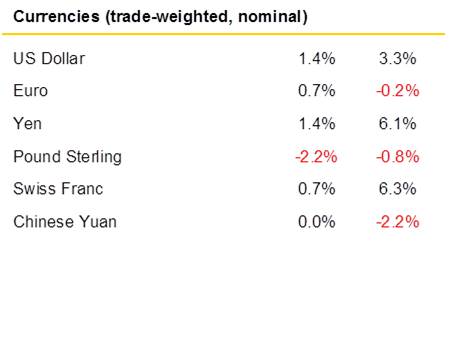 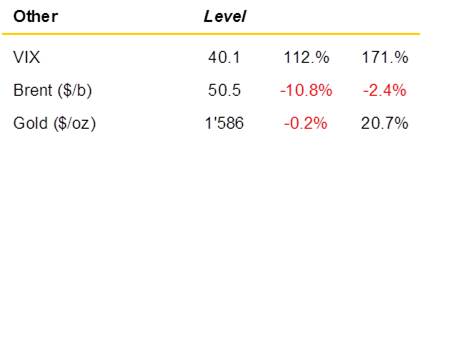