Attacks on the ground continued and Ukraine reacted with scepticism to Russia's promise in negotiations to scale down military operations. The US banned Russian oil imports, while the EU is still split on whether to sanction Russia's energy sector after Russia announced it would only accept payment in roubles. After a rally mid-March, global equity markets fell again by the end of the month. Despite the recovery, global equities suffered their biggest quarterly loss since the start of the pandemic. In commodities, volatility dominated: Brent touched a 14-year high ($139/bl intraday) before easing in anticipation of further US supplies and weaker demand from China. Gold rose again and marked its biggest quarterly gain since the pandemic-led surge in mid-2020.

March turned out to be the worst month for US Treasuries since 2003: The benchmark 10-year Treasury yield touched an almost three-year high of 2.56% during the month. An increasingly hawkish US Federal Reserve (Fed) signalled its commitment to fighting inflation pressures, as it initiated its first interest rate hike since 2018. Headline inflation rose to 7.9% (y/y %) in February, its highest since 1982. The Fed signalled six further hikes with the Fed Funds rate forecast to reach 1.9% by year-end, and Powell suggested that the balance sheet could be scaled back from early summer. Meanwhile, the first batch of post-invasion data shows economic momentum persisted with the ISM Manufacturing PMI rising to 58.6 in February 2022 (from 57.6). The recovery of the US labour market continued with the unemployment rate falling to a new two-year low of 3.7%.

The annual inflation rate in the Euro Area rose to a fresh record high of 7.5% (from 5.9%)- more than three times the ECB target of 2%. The ECB surprised markets by indicating its asset purchase program could end in Q3, triggering a sell-off in European government bonds. The unemployment rate fell to a record low of 6.8% (from 6.9%) in February. The volatile ZEW Indicator of Economic for the Euro Area slipped to -38.7 (from 48.6) due to concerns on the economic outlook and inflationary pressures, while the latest batch of business surveys (PMIs) dipped modestly and remained at expansionary levels. Geopolitical developments prompted policymakers to consider shunning Russian gas supplies.

The Caixin China General Manufacturing PMI fell to 25-month low of 48.1 (from 50.4). The latest print was also the 2nd contraction in factory activity since the start of the year, amid lockdown measures to contain the latest COVID-19 outbreak. In addition to resurgent infection, Chinese stocks suffered a volatile month as sanction and regulatory risks emerged. In Russia, the uninvestable Moscow stock exchange partially reopened, and the rouble returned to pre-invasion levels (81 per dollar). The Japanese yen dropped to a seven-year low as the Bank of Japan bucked the global trend for tighter monetary policy and stoked speculation that it could intervene to prop up the yen. 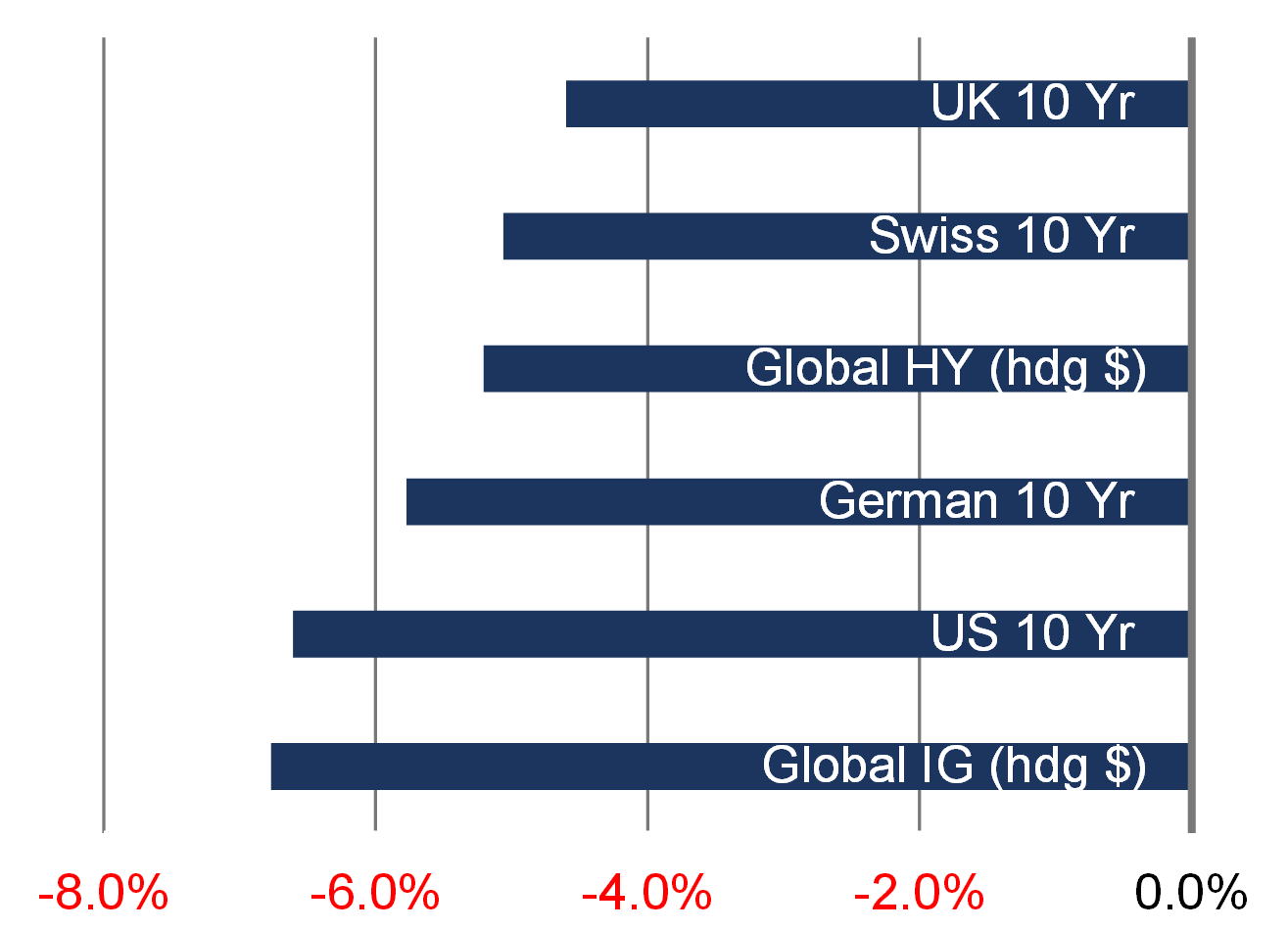