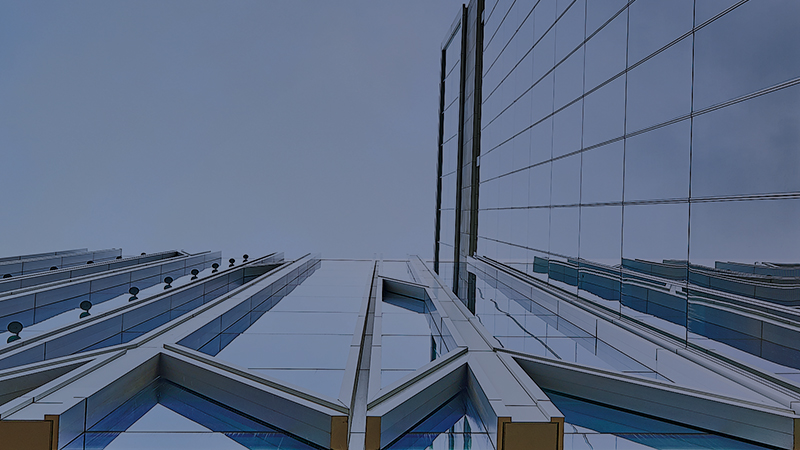 Inflation: Why it matters and what you can do about it

Economies and global demand have rebounded robustly since the lows of the pandemic. After almost a decade of subdued inflationary pressure, the strength of this recovery, bolstered by supportive monetary policy, is now igniting concerns about an imminent and significant rise in the rate of inflation. Opinions are divided about whether the increase will be transitory – a one-off statistical glitch due to the pandemic’s depressive effect on prices last year – or whether it will persist long enough to have a serious impact on the value of our wealth. Either way, there are enough signs of rising prices to warrant concern.

In this article we’ll explain what inflation is, what causes it to fluctuate, and why it can be such a problem.

Inflation is a continuing, widespread increase in average prices, which results in a decline in purchasing power and an increase in the cost of living. The rise or fall in these average prices is caused by an imbalance between supply and demand, though this can manifest in various ways.

It could be simply that demand rises suddenly. For example, when lots of people are employed and have plenty of money to spend, the economy might be unable to produce enough goods and services to satisfy this demand. Prices get “bid up” and the cost of goods and services rises in response.

Alternatively, there might be problems on the supply side, whereby manufacturers or companies can’t produce their normal quantity of goods. This might be because of a shortage of raw materials, workers being on strike, or, as we have just witnessed, the inability to go to work because of a pandemic. Any of these issues can limit the supply of goods and services and thereby squeeze prices higher.

The rising prices of goods and services on the high street is perhaps most visible, but it is not the only channel that can be affected. As we emerged from the financial crisis in 2009, many experts were convinced that the introduction of record-low interest rates (at the time) and large-scale Quantitative Easing (QE) programmes would lead to a big increase in inflation. Many economists feared that this unorthodox policy – effectively printing new money– would fuel a surge in bank lending and a consequent rise in prices. But this credit creation never materialled – most of this new money simply remained on banks’ balance sheets.

The predicted surge in consumer prices never came to pass - inflation has been muted over the past decade. However, one of the side effects of QE was to push up the value of stock markets, alongside other asset markets around the world including property. The subsequent property boom has seen house prices in the UK rise by an average of 61% since 2009, compared to a 37% rise in CPI over the same period. This so-called “asset price” inflation has served investors very well over this period.

Other, more specific, costs have risen much faster than inflation – including things which wealthier households typically spend money on and which don’t feature in the statically curated CPI baskets. UK private school fees, for example, rose by 49% between 2008 and 2018 according to the Independent Schools Council.

As we emerge from the pandemic, the unprecedented fiscal stimulus and ‘lower for longer’ interest rate stance suggests that demand will recover faster than supply, creating precisely the kind of imbalance that leads to rising prices.

The pandemic hit both supply and demand. Lockdowns and other restrictions kept workers at home, impacting the production of goods as well as preventing consumers from spending as they normally would. As a result, the Office for Budget Responsibility estimates that Britons saved an extra £180bn during the pandemic.

As lockdowns lift and economies open up, this pent-up demand is expected to result in a wave of spending. Manufacturers might struggle to meet this demand, especially while many parts of the world responsible for manufacturing remain subject to suppression measures, curtailing production. We can see this phenomenon across various categories of goods – from the global shortage of computer chips to lumber prices and the cost of second-hand cars.

In addition to pent-up demand and supply issues, many central banks and governments have continued to stimulate their economies with ultra-low interest rates and fiscal support policies. These stimulus measures are putting even more money in consumers’ pockets,  which may well encourage extra spending once all restrictions come to an end.

With so much speculation over potential inflation, there is even a danger that it could become a self-fulfilling prophecy. Workers might demand bigger pay rises, companies might put up their prices in anticipation of higher demand, and consumers might spend their money more quickly as they pre-empt this increase in prices. All of this can contribute to rising inflation.

The challenge facing our clients

In the UK – and across most of the G7 – interest rates paid on the average savings account have been below the modest rate of inflation for over a decade. This has penalised savers as inflation has eroded the ‘real’ value of these savings, diminishing the spending power of cash.

This graph shows the effect that even a relatively modest rate of inflation (2%) has on the value of money over the long term, when interest rates are at zero. As you can see, even with inflation growing slowly, a cash sum valued at £10m would have fallen by a third (in ‘real’ terms) in less than two decades.

Our clients have large amounts of capital – typically the proceeds of a business sale, savings from high-income careers or wealth passed down from previous generations. However, because many clients rely on this money to meet their spending requirements, unless they take action, even small increases in inflation can significantly erode the real value of their wealth and purchasing power over time.

If inflation accelerates, the speed at which cash will lose its value will increase. This is why it is so important to take action to protect your wealth before this happens.

Conventionally, nominal assets such as cash and bonds seem most at risk in such an environment; while more ‘real’ assets such as stocks seem least exposed. Many businesses have some pricing power, and can therefore transfer higher input costs onto consumers.

Yet the reality is a little more prosaic. While investments in equities and property have done well over the past decade, history tells us that when inflation really kicks in, it also has a depressing effect on stock markets and makes it even more difficult to preserve the value of your savings.

For example, during the last significant inflationary period in the 1970s, the potent cocktail of rising inflation surging oil prices and rising taxes had a devastating effect on peoples’ wealth.

In the US, for example, between 1968 and 1981, the S&P 500 index rose by 88% in nominal terms (i.e. without factoring in inflation). In inflation-adjusted terms however, investors saw the value of their portfolios fall by 29%. US treasuries fared even worse, falling by over a third in ‘real’ terms.

Of course, some sorts of inflation are more difficult to cope with: ‘demand-pull’, for example is often accompanied by faster growth, and profit margins can be effectively bid higher. The ‘cost-push’ variety can have a more damaging effect on profitability, particularly for companies without pricing power. Such nuances also extend to other asset classes – how they respond to such inflationary pressures depends on the growth outlook, and the level and direction of real rates. Even ‘conventional’ real assets, such as gold and property, can fail to protect against rising prices over shorter periods.

With all this in mind, there are specific investment strategies which can help mitigate the effect of rising prices. Our approach is to focus on selective stock picking rather than investing broadly in market indices. This is particularly salient today, with headline stock indices at, or close to, all-time highs, and prospective returns likely the lowest they have been for some time.

We aim to identify businesses that are competitively advantaged, and will grow sustainably, ahead of inflation, over the long term. These companies might generate earnings across the cycle or tend to do well in times of high inflation because they generate large profits, don’t require a lot of capital to operate, or focus on business that exhibit “pricing power”.

Payment processing businesses such as Visa and Mastercard are good examples. They have a huge market share globally, which gives them the ability to raise prices without necessarily risking this market share. They are also likely to see profits rise as the world economy recovers, because they get a percentage cut of each transaction. Therefore, as spending increases, so will their revenues.

Diversification across assets is also important. Inflation-linked bonds, which pay out an income linked to the annual increase in inflation, are an excellent tool to preserve the spending power of your money. A portion of portfolios might also be invested in derivatives such as ‘put options’. These investments rise in value as the shares to which they are linked fall in value, providing a buffer against declining equity prices.

Even with these mitigating measures in place, investors would be wise to readjust their expectations for the coming years. Returns are likely to be lower than we have become used to, and if we do see a rise in inflation, that will undoubtedly provide further headwinds. In any event, it is always advisable to have a sensible investment strategy in place and to protect against inflation’s corrosive influence on your wealth.

To have a conversation about how to protect and grow your wealth ahead of inflation, send us a message.