Strategy blog: Interest rates - are we nearly there yet?

At different paces, and with varying displays of conviction and credibility, western central banks are continuing to raise interest rates, closing the stable door ever more firmly as the inflation horse canters merrily on the horizon. As we write, the rates priced into the money markets suggest that US, eurozone and UK policy rates will peak at 4.6%, 2.9% and 4.9% respectively, and will do so during 2023. Swiss rates are expected to peak at 2.2%, during 2024.

On anything like the longer-term comparisons conjured by today's inflation rates, however, they are distinctly unremarkable. We have noted often how we used to see "fair value" for US and UK rates in the 4-5% region (3-4% for the eurozone), in line with what we saw (still see) as the likely long-term trend growth rate for nominal GDP (that is, real growth plus inflation).

We can't pretend we expected to see such rates again quite so soon – but we have been resolutely wary of bonds and money markets for the last decade or so, and the rebound in inflation has been more pronounced, and the dent in monetary credibility bigger, than we expected.

With central banks embarrassed and markets volatile, it is too early to suggest this is as far as rates will go. They could indeed easily fall back – but they could just as easily rise materially further, and overshoot "fair value" for a while (just as they have undershot it for so long).

Together with declining real pay, this prospect seems to be making the "wall of worry" appear ever more insurmountable. But as we suggested in September's Market Perspective ("Climbing the wall"), an economic slump is not inevitable – even now.

Projected interest rates may be in line with expected long-term trends in nominal GDP growth, but they are well behind today's, courtesy of the spike in inflation. Pay is growing more slowly than prices, of course – but not sufficiently for projected real rates to yet look alarming. And today's economic wisdom may overstate the sensitivity of the global economy to interest rates anyway.

Meanwhile, the cost of living crisis is looking materially less daunting as European governments step in with more fiscal action on energy bills – which they can comfortably afford.

Here in the UK, the government's net debt/GDP ratio was projected by the OBR this March at 86% in 2025-26, down by a striking (and unreported) 19 (nineteen) percentage points from the level they projected in November 2020 – a level which did not noticeably trouble the gilt market at the time.

The near-term profile for UK debt may rebound as the latest package is (eventually) costed, but we doubt the level of the ratio will come close to that projected in 2020 – not least because inflation itself will be working to lower it (despite all those index-linked gilts).

Other governments' debt ratios are also likely lower than seemed likely two year ago. Today's bond yields are not rising because markets are worried about government creditworthiness, but because they are normalising alongside (more slowly than, of late) those expected policy rates.

And the cost of living crisis will look less daunting again if European gas prices eventually collapse, as seems distinctly possible. Meanwhile, as we note in Market Perspective, the link between real pay and spending is not that tight anyway.

None of this means that there won't be a recession. But it does suggest that we should not be taking a major downturn for granted, even – or especially – now. 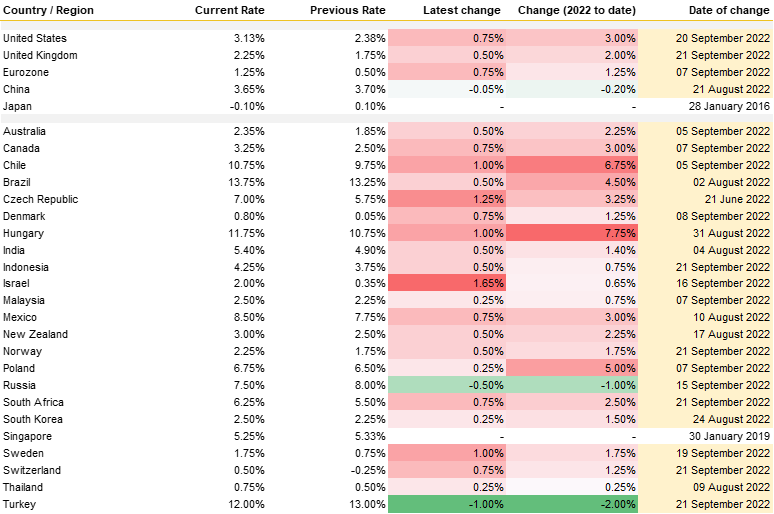