Idea in brief: The Asian Century

With 4.3 billion inhabitants1, EM Asia accounts for 55% of the global population.

While Emerging Asia accounts for about a quarter of global Gross Domestic Product (GDP) today5, its investable equity markets (MSCI) still account for only around a tenth of global equity markets6.

Within the world’s largest and most dynamic continent, Emerging Asia includes many of the world’s fastest growing and largest economies such as China, India, Indonesia, Malaysia, the Philippines, Thailand and Vietnam7.

Today this region accounts for a quarter of global GDP, and a far smaller proportion of total investable equity markets (Figure 1). Yet with most of the world’s population living in the region and its economies both diversified and sophisticated, we expect the global economy, and its capital markets, to continue to gravitate towards Asia over this century.

The global economy and capital markets will continue to gravitate towards Asia (GDP in USD terms).

Unlike other emerging market blocs, EM Asia has developed diversified economies thanks to a growing consumer sector and strong manufacturing knowledge (and in some cases an absence of major mineral deposits). Those countries are thus less reliant on commodity prices as a source of income in comparison to other developing regions such as Latin America or the Middle East.

Although often seen as an ESG laggard, China is moving forward with decarbonisation and broader environmental goals. Notably, it today produces almost 75% of the world's solar panels, while European, US and Japanese production has almost disappeared.8 The country is also making fast technological gains in green hydrogen technologies, grid transmission, decarbonization of steel and aluminum, and electric vehicles9.

A number of initiatives have increased transparency, broadened access to Asia’s capital markets and liberalised trade in recent years. For example, in 2020 China signed together with 14 nations (amongst them are Indonesia, Vietnam, Malaysia, Thailand and the Philippines), the Regional Comprehensive Economic Partnership (RCEP), a trade deal covering roughly 30% of the world’s population and global output, which entered into force in January 202210 (Figure 2).

China, which remains most central to the wider Asian region, has adopted a more nuanced approach to its capital markets. The Stock Connect (2014) and Bond Connect (2017) initiatives introduced a further 1,400 companies to China’s investable universe, removing a number of foreign investor restrictions. This was supplemented by the Shanghai Free-Trade Zone in 2019, doubling the size of its open market. Alongside this – and, in the short-term, less positively for investors – increasing regulatory pressure have emphasized Beijing’s drive towards social objectives, reiterating its vision for ‘state capitalism’.

Since 2005, China and India Foreign Direct Investments (FDI) have grown annually by 7.5% and 11.7% respectively.11 The growth in FDI should have an indirect positive impact on the region's corporate governance with public companies more easily punished today for a lack of disclosure or for environment and social malpractice.

Figure 2: The dawn of a new free trading zone

A major step forward for economic integration in the region. 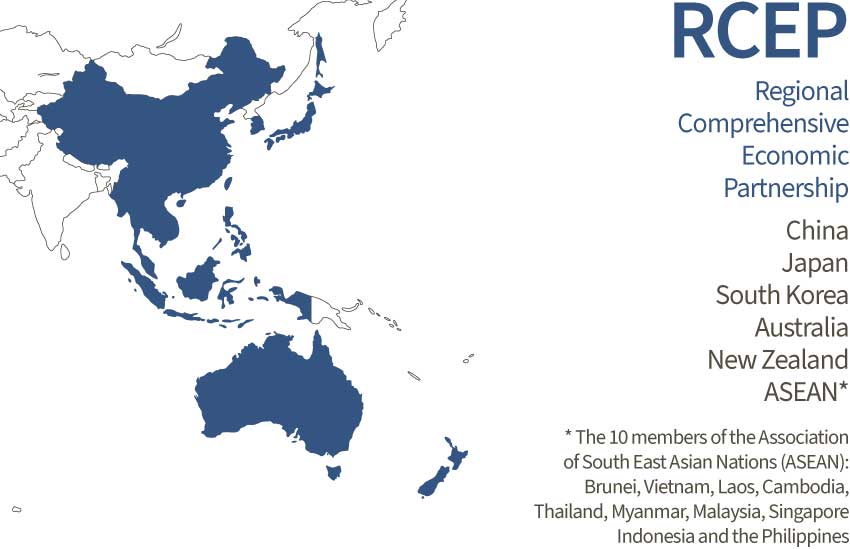 Investors in China have faced a more difficult mix of economic and geopolitical risks of late: covid lockdowns, the regulatory tightening noted above, a distressed property sector, and escalating tensions in the Taiwan Strait. Chinese stocks have inevitably come under some pressure. But while the hit from the virus and from further regulatory intervention pose a threat to growth and investment, their impact may be muted by a supportive policy response – China’s low inflation and strong government balance sheets mean that policymakers have plenty of room for manoeuvre. 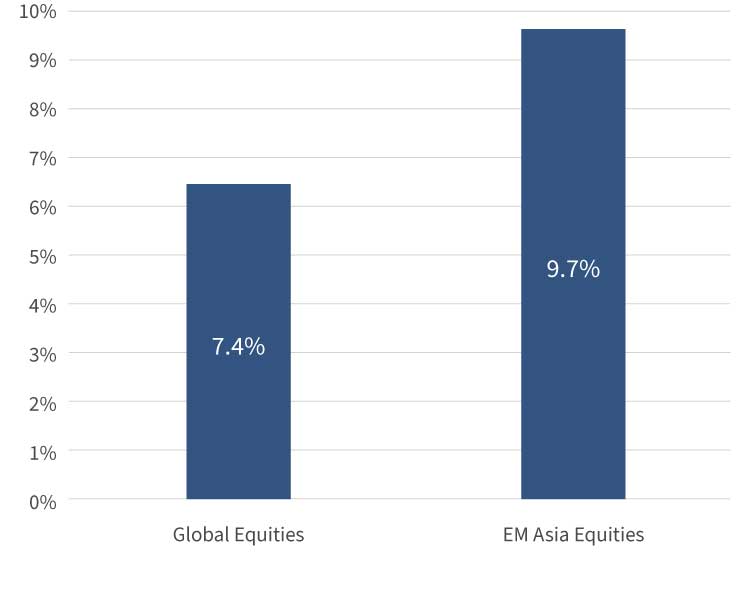 We currently don't see a strong tactical case for investing in the region. Sentiment towards it and in particular China's stock market continues to deteriorate and there are too many uncertain factors at play. At the same time, we don't see an obvious near-term catalyst for a lasting rally, reason for which we currently have a neutral view on the region.

How to invest in Emerging Asia

There are a number of ways to invest in Emerging Asia to participate in the region’s ongoing performance and long-term potential. Valuations of investments in local businesses are often lower than those in Western companies, but the breadth, complexity and depth of local markets call for expert advice when investing. With our Investment & Portfolio Advisory team at Rothschild & Co Wealth Management, we can advise on the most appropriate ways of gaining exposure to Emerging Asia. We look forward to hearing from you.